Ebrahim Alkandari, a thinker, writer, speaker, Strategy Consultant, founder, and partner in several companies. He has extensive experience in the private sector's operations and opportunities. Over twenty years, he held various executive posts in several companies across five different industries, building a unique understanding of companies' strengths, weaknesses, struggles, and successes. He co-founded and managed Dotslink Consultants, a strategy consulting house specializing in the FMCG market, helping companies in their quest to restructure for strategy, expansion, reorientation, and operational streamlining. He also worked as an advisory team member to the Minister of Commerce and Industry in Kuwait. A hands-on advisory role that required actively acting like a shadow team running the development of the ministry and all other government agencies within the ministers' portfolio of  responsibilities. In 2019, he took the position of Director-General for the National Fund for SME Development. He worked on restructuring and formalizing the fund operations to support the SME ecosystem in Kuwait. 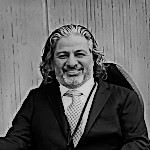